(The nickname “Cinderella” refers to the type C muscle fibers and the folklore character who is the first to rise and last to go to bed due to her status in her household. This is analogous to these type I fibers that are the first to fire and last to relax.)

The hypothesis basically says that “low-level, static exertions” of muscles—particularly type I slow-twitch fibers—can cause the symptoms of myofascial pain. Because these muscle fibers are constantly contracted and “metabolically overloaded,” they are more likely to form trigger points. Swedish researchers Kadefors, Zoéga, and Herberts tested the Cinderella hypothesis by

By using electromyography that measures activation of the muscles, they were able to measure how much activity there was when the right shoulder and arm were moved in various patterns, such as shoulder abduction and flexion. The researchers were able to demonstrate that the upper trapezius muscles were activated by low-level motor units from different arm positions and movements. They suggested that prolonged activations of these motor units can lead to the “energy crisis.”

In 2006, a study from Ohio State University seems to confirm the Cinderella hypothesis. Treaster et al. tested 16 women and found that low-level stress, such as computer work, could develop trigger points in as little as 30 minutes. In addition to postural stress, vision may be a factor in formation of trigger points when the researchers observed that subjects with higher visual stress, such as from the computer screen glare, had “significant increases in trigger point ratings from pre- to post-experiment in both left and right trapezius.” However, they did not specifically say how this relationship works or if there is an actual cause and effect relationship.

Testing a hypothesis is not about “proving” it to be correct. Instead, the hypothesis should be falsifiable, meaning that it can be disproven to be considered scientific. “Science advances by conducting the experiments that could potentially disprove our hypotheses,” said Dr. Charles O. Rock of St. Jude Children’s Research Hospital in Memphis, Tennessee.

Rock described experiments that prove a hypothesis or at least confirms the mechanism behind a hypothesis are “useless because regardless of the outcome, the findings are also consistent with other models. In other words, every result isn’t informative.”

Having that in mind, this is what two researchers from Haifa, Israel, did to the Cinderella hypothesis: they may have proven it wrong.

They questioned the process behind why a “normal muscle” experiences an energy crisis. They went back to the basics of muscle contraction physiology and reviewed what is known. In a paper published in Rambam Maimonides Medical Journal in 2018, Dr. Amir Minerbi and Dr. Simon Vulfsons suggested a better model to substitute the Cinderella hypothesis.

First, as a recap, under normal muscle contractions, calcium and ATP (adenosine triphosphate) are needed for regulating this action. When a nerve impulse stimulates a muscle to contract, calcium ions are released from the endoplasmic reticulum of the muscle cell to the contractile area of the sarcomere. When a muscle relaxes, calcium ions are shuttled back to the endoplasmic reticulum, which requires ATP. So when you are doing dumbbell biceps curls or go for a run, your muscles’ repetitive contractions undergo this process, which is part of the bigger picture of muscle contraction based on the sliding filament theory.

In the energy crisis hypothesis, the demand for energy (ATP) exceeds what can be supplied, which makes the muscle fiber to remain contracted or shortened. This causes blood vessels to constrict which reduces blood flow and the amount of oxygen and glucose available—thus decreasing ATP recycling process. Without sufficient ATP, the cycle repeats unless something “breaks” the contraction.

According to Minerbi and Vulfsons, the problem with the Cinderella hypothesis is that it may apply to phasic muscles, and not postural—or tonic—muscles. Phasic muscles contain a lot of fast-twitch fibers that adapt the best under short contractions under high loads, like sprinting and powerlifting. These muscles also activate when you tell them to do so. Tonic muscles contain more slow-twitch fibers than fast-twitch, which makes them more resistant to fatigue and sustain contractions for a much longer period of time than phasic muscles.

They cited several research by De Luca et al. that tonic and phasic muscles fire differently. Phasic muscles fire in the hierarchy pattern that the Cinderella hypothesis describes. However, tonic muscles fire in a rotation pattern instead of a hierarchy. This allows the tonic muscles to contract and relax like a rotating shift, which is analogous to basketball players who rest on the bench after playing for about ten minutes while another teammate who was rested continues the game in their stead.

Because these studies disproves the Cinderella hypothesis for explaining myofascial pain in tonic muscles, Mirebi and Vulfsons suggested the “shift model.”

Rather than focusing on the contraction phase of the muscles, the shift model emphasizes on the relaxation time between contractions. The core idea behind the shift model is that it is not the “Cinderella” units that are “prone to suffer from an energy crisis, but rather any unit” that does not get enough rest time.

Based on a mathematical model that they created since no other model of the energy crisis was accurate, Minerbi and Vulfsons’ model shows a skeletal muscle with motor units that are randomly distributed and sequenced. As the load on the muscle increases, the relaxation time shortens.

In one of their sample models, a load of about 50 percent of a muscle’s maximum contraction would have a ratio of 1 to 1 in relaxation or and contraction. This means for every one second that a muscle fiber contracts, it relaxes for one second. However, as the load increases, the ratio decreases.

Like any model that attempts to revise an older narrative, it may not extrapolate well or at all in the real world. “It is worth mentioning that this simplistic model is not expected to accurately represent motor unit recruitment in actual muscles, but rather to provide an indication as to the feasibility, at least in principle, of the model,” they wrote.

Dr. Minerbi told Massage & Fitness in an email interview that this new hypothesis could help them understand why some muscles are more prone to an energy crisis than others.

“[It is] a possible explanation of why perpetuating factors (mechanical, metabolic and psychological) may interfere with the typical self-limiting nature of myofascial pain syndrome,” he said, “a more coherent theoretic model of the syndrome [of] how it develops and what perpetuates it.”

Dr. Minerbi thinks that future research should use electromypography recordings in humans with risk factors of developing myofascial pain. “This may allow not only to test the hypothesis and the model but also to explore the effects of various environmental and inherent conditions on the syndrome.”

Not all scientists who study agree with the premises behind the energy crisis model. Some question the nature of trigger points as a cause of myofascial pain since they are based on assumptions rather than actual evidence.

Quinter, Bove, and Cohen challenged the concept behind trigger points and myofascial pain in a 2014 paper that “there is no experimental evidence in support of the hypothesis.”

Physiotherapist Asaf Weisman from Tel Aviv University in Israel wrote in Medical Hypothesis that “the existence of trigger points and their responsibility for [myofascial pain syndrome] to be invalid because the premises are not true and the theory is not testable. Despite extensive research in experimental animals and humans conducted over three decades, no agreement has been reached on the definition of a ‘trigger point’ and its true nature remains obscure.”

Read more: Why Are Assumptions Passed Off as Established Knowledge?

He said in an email interview with Massage & Fitness that proponents of the current myofascial pain narrative are “begging the question as to the existence of trigger points” and are proposing a hypothesis of its existence that “has never been objectively verified.”

“Some 26 years ago, Quintner and Cohen suggested that neuro-inflammation was the culprit responsible for the clinical phenomenon of tender tissues,” Weisman said. “Back then, evidence for the role of the immune system in pain conditions was just emerging. Since then, there is a constant flux of evidence highlighting the involvement of neuro-inflammation in acute and chronic pain states as well as its omnipresence in both the peripheral and central nervous system of both animals and humans.

Weisman referred to Dr. Geoffrey Bove, a neurobiologist who had developed mice models by causing neuro-inflammation in the rodents’ sciatic nerve. “There have also been numerous studies that affirmed the presence of neuro-inflammation in humans on MRI and other imaging techniques,” Weisman said. “In the biopsies of the supposed trigger points by Shah et al., basically, [the study] only confirmed the presence of inflammatory markers in the area of the clinical phenomenon.” What Can Massage Therapy Do For Disc Herniation? 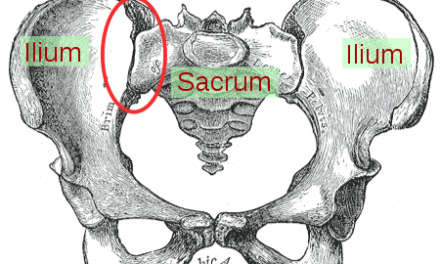