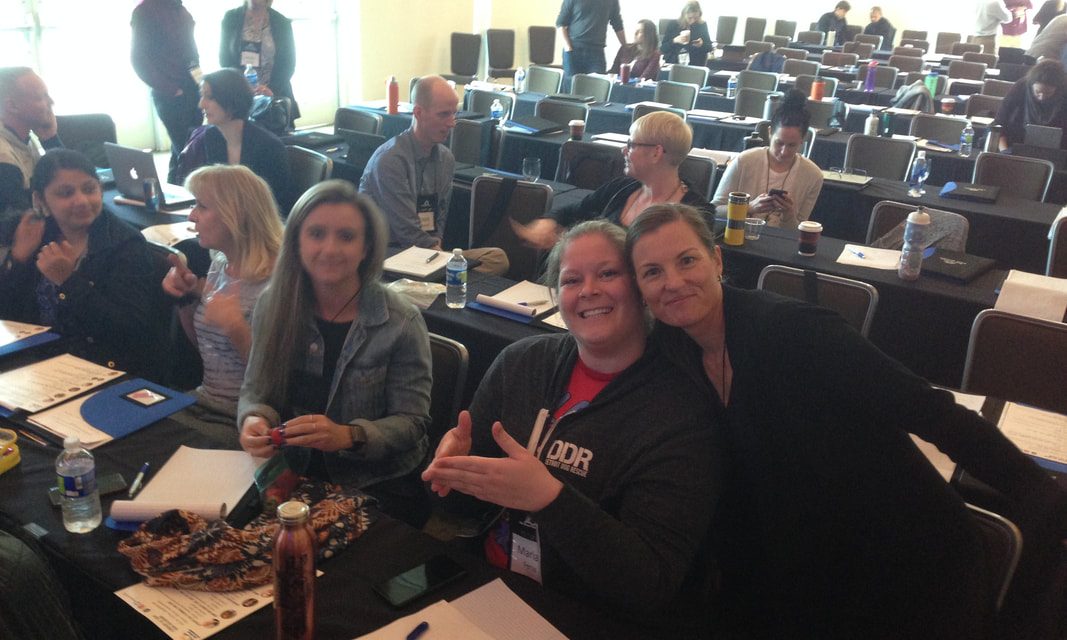 The San Diego Pain Summit attracts massage therapists from many countries who wants to be more informed about their practice from research and other healthcare disciplines.

Every season of Game of Thrones or The Walking Dead often have a plot twist that totally catches fans off-guard. Well, I think the same can be said about this year’s San Diego Pain Summit. Not only did it took place at The Dana on Mission Bay (much more convenient for the guests who are staying there) instead of the usual venue across the street in the past three years, we also had a special Pain Panel that shared the experience of pain from the patients’ perspectives. Most of these events often has a top-down model of presenting information, where an expert would stand in front of a crowd of eager listeners/fans and present topics that reminds you of a typical TED Talk. The professor talks. The students listen. This time, however, Rajam Roose—founder and director of the San Diego Pain Summit—has mixed in something different.

Pain Panel included three former patients who were suffering from chronic pain (Mark Renard, Erin Jackson, and Joletta Belton), moderated by Alison Sim from Melbourne, Australia. While the selection of panel speakers may not be an accurate representation of the majority of patients and clients manual therapists see daily, it provided windows for clinicians to what patients with chronic pain face day-to-day for many years.

Some of the most frustrating things when dealing with physicians and manual therapists are that these former patients face include: 1) they weren’t listening to them; 2) they treated their symptoms, not their problems; 3) they treated them based on their specialty, which didn’t help.

​And that was the major theme of this year’s Pain Summit: Listening.

“Pain science is incredible. The things we can do as therapists with not just our hands, but our words and experiences can help people suffering from pain in all sorts of ways. There is always so much more under the surface and we often need to take the backseat on clients’ recovery.” ~ Kirby Bohan, myotherapist from Melbourne, Australia. I Paid Several Hundred Bucks to Attend to Learn to LISTEN?

The biggest change I’ve seen is that news and information about the Summit and the topics presented there are spreading and has a wider reach,” Rajam told me in an online interview. “Each year, I’ve seen at least half of the audience is new attendees. I also think more people are getting an understanding of what they can expect at the Summit.”

Many physiotherapists and massage therapists on social media had expressed their interest in attending the next one in 2019. So what can they expect?

“Attendees next year are in for a real treat because the keynote speaker is Dr. Antonio Damasio, a prominent neuroscientist whose research shows how emotions create our perception of reality,” Rajam explained. “He’s also recently published a book and so it probably has new stuff to talk about. Many physios and massage therapists probably haven’t heard of him, but they will be glad they did! I’ve currently filled the speaker docket and am waiting for confirmation from the rest of the presenters before the schedule is finalized. The other presenters include: Tim Beames, Shelly Prosko, Maxi Miciak, and Keith Waldron.

“If the other folks whom I’ve invited accept, attendees can expect the 2019 Summit to be a little heavy on the research side as most are pain researchers.”

Not only will another Pain Panel be back with different panelists, there will also be a few fine chaps from the U.K. who will be teaches at the pre-conference workshops.

“We’re going to have Adam Meakins and Ben Cormack – don’t worry, not on the same day! There’s going to be an interactive workshop taught by Sandy Hilton, Mike Stewart, Alison Sim, and Keith Waldron for using improvised role-playing to learn how to communicate better with patients. We don’t have a title for it yet, but it’s going to be a lot of fun!

“There is a fourth workshop planned, but I’m waiting for confirmation from the instructor before I can announce it,” Rajam concluded with a cliffhanger.

And who doesn’t want to be a level 9 cleric of Selûne ?

In Neil’s class, I met Dr. John Colaneri, who sat next to me and broke some ice. When asked what his take away from Making Sense of Evidence, he replied to me online, “I work at the Veterans Affairs Medical Center here in San Diego on the Spinal Cord Injury Unit as a physical therapist (DPT). As evidence based clinicians, it is important for us to stay current with the most recent updates in the medical literature, so that we can deliver best practice informed care to our patients. With so many studies containing errors and skewed results, practitioners need a way to effectively appraise the research critically that is being done, in order to confirm that the conclusions that are presented are valid. Neil’s suggestion to use a tool such as the CASP appraisal tool can really facilitate the process of reviewing the research and drawing valid conclusions from it.”

And all the way from Wasilla, Alaska, another attendee of Neil’s class, Brandy Stevens—who is a counselor and licensed massage therapist—thought the Neil did a very effective job in presenting the mumbo-jumbo behind research.

“Being in the field of counseling, there are many theoretical approaches that we could take to work with our clients, whether it’s addiction, PTSD, anxiety, depression,” Brandy told me in a phone interview. “There are many mental illnesses out there that—depending on their cultural background—we would take a different approach. It’s important to meet clients where they are at, and sometimes we need to be creative.

“The problem is the studies out there are very hard to quantify, and when [the researchers] do questionnaires, [the data] is manipulated. So how do you find a control group to have a baseline in order to compare whether a treatment works or not.

For Brandy, it was a whole new language she has to learn if she is to apply research to her practice and be better informed. “I joke and say that I took the blue pill like in The Matrix. You take this pill and your eyes are opened to this whole world that you didn’t know existed. I mean I knew it existed, but then seeing it for it is is different.”

Dr. Sarah Haag, who is one of the few people who had attended every Pain Summit since the beginning like a hardcore Prince fan, presented the myths and research behind pelvic pain and health.

“What stood out for me this year was the wide variety of speakers,” Sarah told me in an online interview. “We had basic [pain] science with Dr. Apkarian. We had Neil O’Connell who walked us through why reading the evidence is important and some skills as to how to do that properly and efficiently. I loved that we had the likes of Mike Stewart and Brahram Jam speaking on how to better listen to your patients and help them meet their goals. We also had mindfulness, and a great talk by Dr. Chris Caldwell on walking with your patients through the process and being honest about where you are in your life too.

​“As for my talk, it seemed well received. There are so many myths around pregnancy and pain during pregnancy. It seems that there is a lot of dogma that is just accepted. It was fun to pick a few little bits and challenge why we think what we think. The nicest compliment I received was , ‘I was going to skip your lecture, but I’m happy I stayed. I actually learned something’.”

Many attendees look forward to next year’s event since Rajam likes to keep things fresh at each Summit. From different themes in networking social buffets to interactive workshops that gives us better systems and ideas to help our clients and patients, the San Diego Pain Summit is definitely an event no healthcare professional should miss.

“One of the things I love about SDPS is that every person there is looking to learn and change. (Or at least the ones who are resisting the challenge stayed quiet?) The discussions that are had after the lectures are pure gold,” Sarah lauded.