Lactate and Lactic Acid Are Not Toxins: They’re a (Poor) Muscle Fuel I saw two posts on Facebook recently that address a common myth that many massage therapists still believe. Alice Sanvito, a massage therapist in St. Louis, Missouri, quoted someone who made big claims that “lactic acid and cellular waists (yes, that was what was written) wring from the muscles and become accessible to the lymphatic system for easy detoxing after a massage with proper hydration. Without hydration after deep tissue massage results in toxins and acids staying in the muscles resulting it soreness and even headaches.”

Another asked, “How do we address the overwhelming ignorance of our field?” and used the lactic acid release debate as an example. In fact, this shouldn’t even be a debate, no more than debating whether our planet is spherical or flat. It’s somewhat entertaining to read the comments this early in the morning because they are not scripted like “The Walking Dead” or a Trevor Noah stand-up.

I don’t know where the idea that lactic acid is a toxin and can be squeegeed out of your muscles like cleaning your car’s windshield come from. What I do know is that many massage therapists — even myself occasionally — need to review and understand basic human physiology so that we don’t tell our clients, patients, colleagues, and other healthcare professionals such outdated and unsupported beliefs.

If Lactic Acid Is Not a Toxin, Then What Is It?

Lactic acid, or lactate—as it is often used interchangeably in lay conversations— is a compound that is produced during glycolysis, a process that is constantly working in your muscles and liver to replenish and supply your body — especially your brain and nervous system — with glucose. Whether you’re sleeping, watching Netflix, or lifting heavy weights at the gym, glycolysis can happen whether there is oxygen or not, which are categorized into anaerobic and aerobic glycolysis. When there is enough oxygen available during exercise, your body uses aerobic glycolysis to produce a constant supply of energy in the form of ATP (adenosine triphosphate) to your muscles. That is why marathon runners and competitive cyclists can sustain their activities for such a long time. (1)

But if the demand of oxygen exceeds its availability, then your body undergoes anaerobic glycolysis, which produces less ATP. Pyruvate (or sometimes called pyruvic acid), a byproduct of glucose breakdown, is converted to lactate, which accumulates in your muscles, especially during high-intensity exercise. The rate of lactate clearance also decreases, leading to fatigue and less force produced by your muscles. This is where your muscles and nervous system tell you to slow down or stop and catch your breath before you continue. (1,2)

At this point, your blood becomes more acidic — not too much to the point that could kill you, but enough for your body to trigger a response to buffer the mild acidosis. When an ATP molecule is used for energy, it is broken down into an ADP (adenosince diphosphate) and a phosphate molecule with the release of a hydrogen ion, which is a proton with a positive (+) charge. This increase of protons causes acidosis, which decreases the blood pH below its normal range of 7.35 to 7.45. Thus, the increased level of protons in the cell is primarily the cause of the “muscle burn” sensation, not lactate itself. (2)

In fact, lactate acts as a buffer to increase the pH level. Because it increases along with a rise in proton accumulation, lactate is used as an indirect marker to measure cell metabolism. However, this can cause some people, including scientists, to form a misconception that lactate is associated with the rise of acidity in the blood. (2)

“Lactate production is therefore good and not bad for contracting muscle. Lactate is not a bad molecule, and it has been given a bad rap from being falsely blamed for the cause of acidosis.” ~ Dr. Len Kravitz, exercise physiologist, University of New Mexico

Lactate Is “Back Up” Fuel

Research in the past few decades found that lactate is actually used in your cells’ mitochondria — the “energy powerhouse” that makes ATP  — including your heart. Trained athletes during intense exercise can utilize lactate in their muscle cells for fuel better than those who are not physically conditioned for intense exercise. The more conditioned and well-trained you are, the better your mitochondria can process lactate and shuttle it out of the cell to be recycled. (3)

​When you stop exercising, any lactate that is still in your blood and is not used by your muscle cells gets returned to your liver, is converted into pyruvate, and eventually glucose through a process called the Cori Cycle or Krebs Cycle. This glucose can be used to rebuild supplies of glycogen in your muscles or further energy use for your muscles and nervous system. (4)

Lactate is part of a complex metabolic system and a vital part of helping you endure and adapt during your workouts and other physical activities. It sure is not a “toxin.”

3. University of California – Berkeley. “Lactic Acid Not Athlete’s Poison, But An Energy Source — If You Know How To Use It.” ScienceDaily, 21 April 2006. 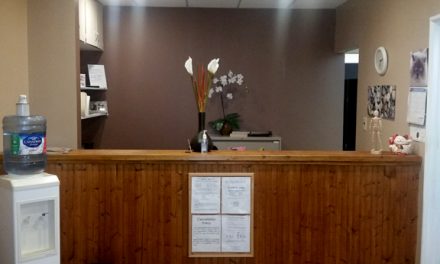 Why Massage Therapists Should Learn CPR and First Aid , Even If It’s Not Required

Massage Therapy: Are You an Independent Contractor or Employee? 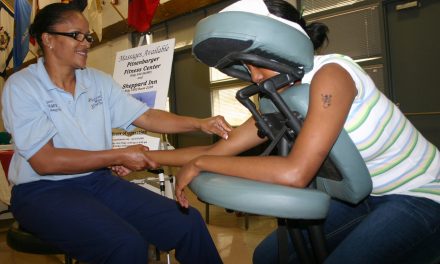