Text Neck Does Not Cause Back or Neck Pain

It seems like every week there is a new ad on social media that touts its product can “fix” text neck, which is often blamed for neck and back pain. News reports,tweets, and medical claims — mostly from chiropractors — all tell a similar story: “Texting Can Damage Your Spine.” Even some personal trainers jumped on the bandwagon to try to “reverse” text neck with exercise.

However, there isn’t any strong or good evidence suggesting that text neck — where your neck looks like this gentlemen on the left — or neck curvature is a reliable indicator for neck or back pain.

While the idea of text neck has been around for years when the Blackberry was still popular, some news reports cited a study by Dr. Kenneth Hansraj, chief of spine surgery at New York Spine Surgery and Rehabilitation Medicine, who claimed in the study that stress in the cervical spine from texting may lead to “early wear, tear, degeneration, and possible surgeries.” He stated that flexing your neck forward at 60 degrees to check your messages places about 60 pounds of pressure upon your cervical spine.

“…individuals should make an effort to look at their phones with a neutral spine and to avoid spending hours each day hunched over,” Hansraj concluded in the paper. (1)

However, there are some problems with the study and the conclusion. There is no description of who the subjects are and how many have participated. In fact, there is no thorough description of the methodology, which would allow other scientists to reproduce the experiment. The claims that Dr. Hansraj and others who believe that text neck will ruin your spine are not consistent with the vast literature of pain science.

In fact, our neck can withstand a tremendous amount of sustained pressure. A team of researchers from the University of Bristol examined how much pressure can the human cervical spine withstand in various directions and angles. Based on 22 cadaveric specimens from elderly subjects, the researchers found that the average compression force that the cervical disc-vertebral body units reached their elastic limit at 1.23 kN (276.5 lbs) and can withstand up to 2.4 kilonewtons, or nearly 540 pounds, before reaching breaking point. (2) That’s nine times more force than Dr. Hansraj’s “60 pounds.”

Although these researchers noted that cadaveric samples do not always apply well to living people, living tissues (especially from younger subjects) may likely be able to resist and adapt to higher loads than dead, more brittle tissues. Our neck is a lot more robust than some of us believe.

What Does Current Evidence Say?

Over 12 years of scientific evidence found weak correlation between neck posture and pain in the neck and/or back. While there are no systematic reviews or meta-analyses regarding this topic (but one is currently underway at Cairo University), a number of moderate to large sample studies compared neck curvature between subjects with neck pain and no neck pain. Not even radiographics alone can tell whether someone has pain (3) or had a previous injury (4).

A 2007 Swiss study that was published in the European Spine Journal found no strong correlation between the lack of a lordotic curve and neck pain among 107 adults. After researchers analyzed X-rays of the neck and measured the subjects’ curvature, they found that patients with normal or less lordotic curvature had neck pain in various degrees. Likewise, they found that subjects with no neck pain had normal or no curves in their neck. (5)

A larger study from Hirosaki University Graduate School of Medicine in Aomori, Japan, also found very little association between neck curvature and neck pain among 762 adults between their twenties and eighties. “We found no association between the sagittal alignment of C2–C7 and neck symptoms in males or females after adjusting for age,” the authors stated. (6)

Among younger populations, like high school students, a 2016 Australian cross-sectional study of over 1,100 17-year-olds found no association between neck curvature and neck pain. (7) Researchers put each student into different “clusters” that are characterized by their posture, sort of like in the movie Divergent, where the government divided a population based on their abilities:

While they hardly found any differences between neck and back posture and pain, the researchers found that Cluster 3 “had higher odds of depressive symptoms,” which was consistent with a previous research that found teens with slumped postures had higher association with depression and anxiety. (8) Although computer and smartphone usage was not much different among the clusters, Cluster 1 are more physically active, which may attribute to a more upright posture.

“The current results do not support the commonly held clinical and societal belief that [neck pain] is related to spinal posture,” the authors claimed. “This is consistent with findings from systematic reviews that the association between [neck pain] and posture is weak.” (9, 10)

They also acknowledged genetics and psychosocial factors that contribute to neck pain, such as the female gender (also acknowledged in the aforementioned Japanese study), depression, stress, and sleep patterns.

“This suggests that [neck pain] is associated with changes in pain regulatory mechanisms rather than biomechanics. This supports calls to consider and manage [neck pain] from a broader biopsychosocial perspective,” the authors concluded. “Despite strong support for the existence of neck posture subgroups, they were not associated with [persistent neck pain], [neck pain] in sitting or headaches in 17-year-olds. This raises questions regarding the efficacy of generic postural advice for adolescents with and without [neck pain].”

But What About the Studies That Shows Some Relationship Between Neck Posture and Pain?

There are a few studies out there that conclude forward head posture or text neck is associated with neck pain, but these studies just show an association or correlation, no causation. For example, a 2014 Portuguese study that was published in the Brazilian Journal of Physical Therapy stated, “68% and 58% of the adolescents revealed anteriorization of the head and protraction of the shoulder, respectively. The subjects with neck pain had a more forward head posture. Sex was also found to have an important effect on posture and neck pain, with girls revealing a lower cervical angle and more neck pain.” (11)

If we accept the conclusion at face value and skip the methodology and results, we  misguide ourselves into thinking that neck posture matters a lot. But not really. First, this study only suggests an association, but this association is only as strong as how the experiment was conducted. If we look at the bar graph in the full paper, we find that the researchers were only examining students with neck pain. If they were to randomly examine an equal number of students — age and gender matched — the study may (or may not) tell a very different story. Also, association does not imply causation.

Another study from Tehran, Iran, had a pretty good setup that compared symptomatic and asymptomatic office workers. Their finding showed that asymptomatic workers spent fewer hours working at a computer than their symptomatic coworkers, and those with neck pain had “a poorer posture of cervical and thoracic spine during working time.” (12)

While this may indicate that there is a relevant association between neck posture and neck pain, we don’t know whether the subjects’ pain is caused by forward head posture or the posture is a result of pain adaptation. The authors acknowledged that there are stress and other psychological factors may contribute to symptomatic workers due to workload and longer hours at the computer, which may be further investigated in future studies.

Good quality studies not only should examine subjects with pain and subjects without pain and compare both groups, but also be up-to-date on the current understanding of pain. Such repeated studies often tell the same message: neck posture alone hardly contribute neck pain.

Remember: Pain Is a Hot Pot of Ingredients Interacting With Each Other

We used to believe and were taught in school that pain is a one-way street, such as tissue damage or biomechanical stress causes pain. As research in the last 100-plus years reveal, pain is much more complex where your brain and the rest of the nervous system constantly process information from our environment and body to determine how much threat we are facing and how safe we are.

“Pain is the output. Nociception is one of the inputs. All of the inputs are evaluated when we’re talking about pain, I think, according to this question: How dangerous is this? Based on everything I know, which is all of the information available to me right now, how dangerous is this really?” ~ Dr. Lorimer Moseley, pain researcher and physiotherapist, University of South Australia

Given the vast research and weight of evidence that pain is a sum of psychosocial factors (e.g. emotions, cognition, expectations, beliefs, culture) and biological factors (e.g. nervous system, musculoskeletal system, hormones). How we feel and react to pain depends on these interactions of factors. Sometimes one factor contributes to pain higher than others at certain circumstances. (13)

As for text neck, don’t let fear-mongering advertising and news reports that make you feel your body is vulnerable to damage or pain. It is not based on good science and reasoning and chances are, your neck is fine. Text neck (or any type of posture) isn’t the issue; the real issue is how long you spend in any one position, even in the “neutral spine” position.

After all, you could get neck pain (or back or foot pain) if you stand still with a neutral neck and spine for 10 minutes like a Buckingham Palace Guard.

Take home advice: Spend less time in any one position and give your neck and shoulders frequent breaks when texting or working at a computer.

1. Hansraj KK. Assessment of stresses in the cervical spine caused by posture and position of the head. Surg Technol Int. 2014 Nov;25:277-9.

9. Brink Y, Louw QA. A systematic review of the relationship between sitting and upper quadrant musculoskeletal pain in children and adolescents. Manual therapy. 2013;18(4):281-288. 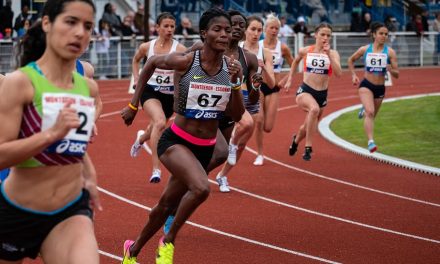 Which Has Less Risk of Knee Osteoarthritis: Recreational or Competitive Running? 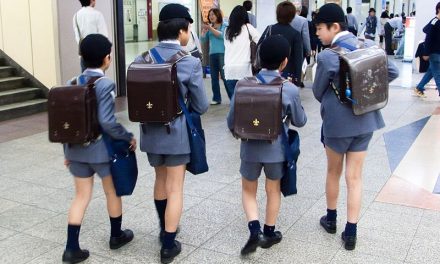