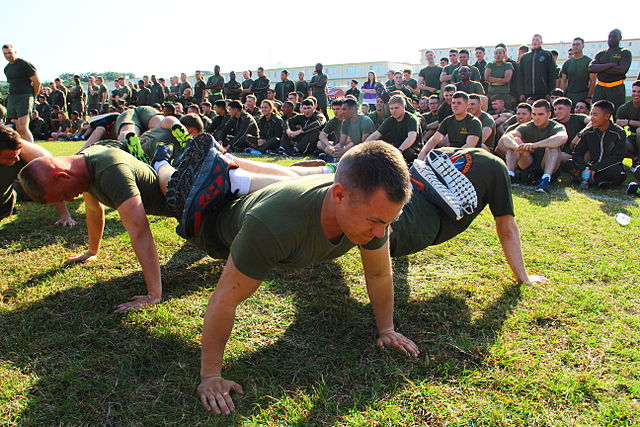 Are planks overrated with their how-long-can-you-hold challenges? Let’s take a closer look at what the current evidence says about planks and core strength.

“These are all great exercises to use in the initial training stages for beginners. But I move past them as quickly as possible into using more challenging/interesting variations because these basic versions are like watching the grass grow for clients.” ~ Nick Tumminello

Planks are often performed for duration, to see how long one can maintain a neutral spine and pelvic position before the posture “gives out.” While the plank and its variations can be a great component of some workout programs, many people believe that such exercises — often called “core training” or “core exercises” — can help alleviate or prevent low back pain or improve their athletic performance.

However, an increasing number of scientific evidence in the past 20 years indicate that core training is not that special nor is it any better than other forms of exercise.

There seems to be a high emphasis in the fitness industry on maintaining a neutral spine most of the time when exercising. Thus, most core exercises, such as planks, are often recommended. However, training at the gym is quite different than performing specific movements that are required for certain sports and activities, such as a hockey goalie’s position or an outfielder catching a grounder in baseball.

As sports science researcher Chris Beardsley pointed out, “Sport involves more than just movements with a straight spine, and athletes are inevitably going to flex the spine during a range of movements, while bending, running, cutting, evading opponents, grappling, twisting, and reaching.” He stated that isometric exercises develop strength in a narrow range of motion that could potentially make other positions weak, which obviously would not benefit much to athletes.

“Since it is so important for programming, carryover is defined quite carefully in S&C as ‘transfer.’ To establish the extent to which a single exercise (such as the plank) or training method transfers to an athletic performance task rigorously is very hard,” Beardsley explained in an online interview with Massage & Fitness Magazine.

“And ideally, these two changes would then be expressed as a ratio, which is the transfer effect coefficient (TEC), although some researchers just measure the longitudinal correlation instead. The TEC tells you how much the athletic performance measure will improve in proportion to the change in strength of the exercise as a result of performing that exercise. As you might expect, such studies are very rare!” 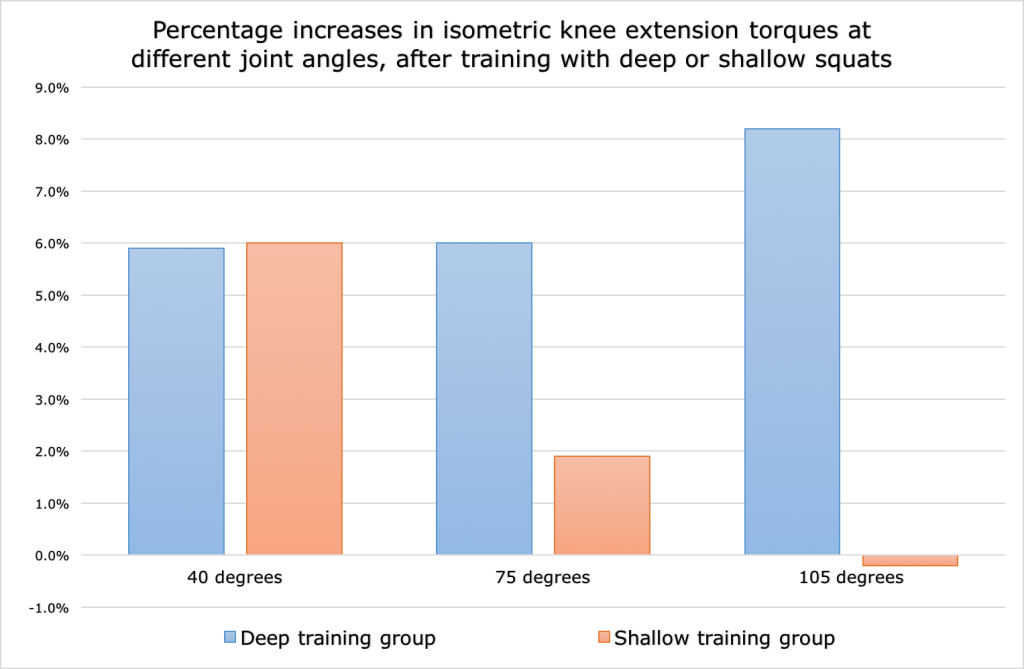 “The TEC is a ratio of the mean improvements (usually expressed as an effect size),” Beardley explained. “So: TEC = Gain in performance / gain in exercise strength.

“The longitudinal correlation is not a ratio. It is a correlation. Correlations tell you how closely associated the data are at an individual level.

“Basically, the TEC tells you the extent to which transfer occurs on a group level, while the longitudinal correlation tells you how well transfer occurs on an individual level. Both are valid, but provide slightly different information. I would use the TEC to get an impression of the magnitude of the effect, but the longitudinal correlation to get an idea of how likely it would be to see in any given athlete.”

What Research Says About Movement and Adaptation

A significant number of studies since the 1990s demonstrated a wide range of motion in normal daily activities that involve flexion, extension, lateral flexion, and rotation of the spine. In a 2012 study of 10 subjects over a three-day period, researchers from the University of Wisconsin-Madison found that a majority of cervical spine movement in all three planes were between 5° and 15°. (2)

“Less than 3% of movements exceeded 50° in flexion-extension and lateral bending, whereas less than 15 % were less than 50° in axial rotation.” The researchers also found similar range of motion with the lumbar spine. The frequency of majority ranges of motion averaged between 7,000 to 9,000 times throughout the three-day period. (2)

With a number of other studies that found a diversity and frequency of such movement patterns of the spine, training in one joint angle can only give you strength in that specific angle within a small range of motion. (3, 4) This concept is essentially the SAID principle — specific adaptations to imposed demands — which basically means that your body adapts to specifically what you train it to do.

For example, if you want to improve your piano or violin skills, you play the piano or violin, not squeezing a rubber ball to strengthen your hands and fingers. If you want to get better at doing handstands, you practice doing the handstand, not doing dumbbell shoulder presses.

“There is another problem,” Beardsley added. “While the long-term effects of many training methods and exercises have been explored to a certain degree for very important athletic performance measures, such as vertical jumping, sprinting, and throwing, there are many other performance metrics that might feasibly be involved in winning matches or games, which have not been investigated to anywhere near the same degree.

“Thus, to predict transfer in most cases, we typically use information from other less-reliable sources. Studies are often used to present acute correlations between athletic performance measures and exercise strengths.

​“Although it is not widely-known, these results can differ from longitudinal correlations, probably because athletes who are already good at both may not benefit from the same kind of training as athletes who are not. This makes them a little bit unreliable when used alone to form evidence-based recommendations. Similarly, while assessments of dynamic correspondence using biomechanical similarity are also very common, they rely upon a level of understanding of musculoskeletal function that I don’t think we have achieved yet (maybe Andrew Vigotsky will achieve it in his lifetime).”

Because humans are complex biological systems, Beardsley thinks that research in this field of exercise science is likely to elicit wrong answers rather than the right ones. But isn’t this how science works? Proving ourselves wrong? As physicist Dr. Richard Feynman once said, “Science is a way of trying not to fool yourself.”

“You have to build a big case for even the smallest detail, and even then it is best to follow up your predictions with training studies,” Beardsley explained. ”Incidentally, this is exactly what Bret Contreras has done with his ideas about glute training, which were originally based on acute trials and are now being confirmed with longitudinal investigations.

“Faced with this kind of uncertainty for anything else in the meantime, however, I think that there is logic in going back to long-term findings where specific changes have been shown to occur many times. It is certainly not the ideal approach, but I don’t think it is worse than the alternative. We know for sure that isometric (and partial range of motion) exercises do only develop strength in a small range of motion around the position being trained. The Take-Away About Planks and Core Training

Whether you are a personal trainer,  or strength coach or a physical therapist, there are no “good” or “bad” exercise; it highly depends on context. As fitness professional Will Levy said, “The benefits of the plank are few and rather specific, but just like any good recipe, understanding how and when the plank will be just the right ingredient for the job can significantly enhance your training program.”

“So if your sport involves performing (match-winning) movements that go beyond that small range of motion at a given joint or at a set of joints (like the spine), then you would probably identify a need to incorporate exercises that train another range of motion as well,” Beardsley suggested. ”But bear in mind that this could be achieved either with a single dynamic exercise, or with several isometric positions, so we are not necessarily talking about a need for repeated spinal flexion, here.”

“Overall, I think the key here is that the sport requirements must determine whether this is necessary. If the sport does not require a full range of motion, then you may feel that the risk of training that range of motion outweighs the rewards. However, if the sport often puts athletes into important (match-winning) positions where they need to display strength at other joint ranges of motion, then your athletes will be moving into that position whether you like it or not.

“You can either choose to prepare them for that situation with good strength and conditioning programming, or you can let them go into those scenarios without the base of strength that they need.”

Generally speaking, your workouts should incorporate a full range of motion if possible since there is a greater carryover to other similar movement patterns than training with partial range of motion. Of course, as Beardsley mentioned, that would depend on the athletes’ goals.

Remember that your body adapts to very specific movement patterns based on the SAID principle. As Nick Tumminello also reminded:

“The principle of specificity dictates that your goal ultimately determines the exercises and training methods that need to be part of your training because the adaptations to training will be specific to the demands the training puts on the body.

“In other words, your goal ultimately determines the exercise applications and techniques that need to be a part of your training, not some allegiance to a given training method or a fanaticism about certain types of exercises (barbell exercises, kettlebell exercises, stability ball exercises, etc.).”

Focus on principles and goals first, and the exercise selections will follow. Same goes for planks.

1. Beardsley, C. Does your core training cover a full range of motion? Strength and Conditioning Research. 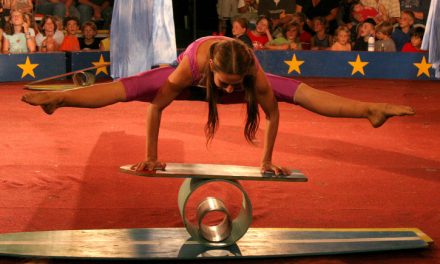 Should You Fix Leg-Length Discrepancy? 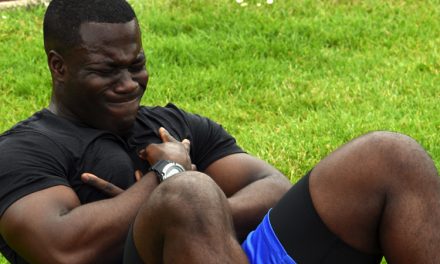 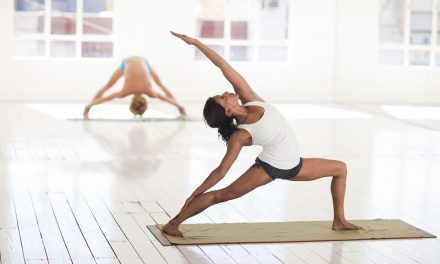