Indigenous People Get Back Pain Too; They Just Don’t Talk About It Much Recently, a reporter from NPR interviewed a health expert, Esther Gokhale, on why indigenous populations do not have much back pain compared to people in industrialized nations. Gokhale’s answer is that people in indigenous cultures have a J-shape spine. (1)

“That S-shaped spine is actually not natural. It’s a J-shaped spine that you want,” she stated. Other factors were mentioned that were supposed to contribute to the prevalence of back pain in the U.S., including sitting too much, weak “core muscles,” and having a sedentary lifestyle.

While most of the blame is placed on the structures of the body, current scientific evidence since the mid-20th century indicate that [sagittal] back curvature is not associated with back pain, particularly chronic low back pain — and back pain is quite prevalent among many indigenous populations.

A systematic review on the relationship between spinal curves in the sagittal plane and back pain, published in the Journal of Manipulative and Physiological Therapeutics in 2008, found no association between the two. Among the 54 qualified trials examined with over 20,700 participants, most of the studies found no causal relationship between spinal curvature and all types of back pain, risk of falls, vertebral fractures, and ventilatory disorders, and loss of bone mass. The few studies that showed positive associations, however, may likely stem from confounding factors, such as cardiovascular disease . (2)

​However, the possibility of a relationship between spinal curves and health should not be entirely ruled out, the authors suggested, because variations of sagittal spinal curves may be able to help clinicians “explain symptoms in patients and/or to justify treatment.”

“At present, it is important for clinicians to know when communicating with patients that sagittal spinal curves do not appear to be associated with health or pain,” the authors stated. (2)

More recent studies in cervical spine or neck pain also found poor or no association between curvature and pain and disability. (3, 4, 5, 6) ​

The racist illusion of immunity ​of indigenous people and back pain

There is a common belief that most people in indigenous cultures do not have much back pain because of their lifestyle and environment that they inhabit. However, this idea is mostly speculation current research revealed otherwise. In fact, in many indigenous populations, back pain and other types of musculoskeletal pain and mental health issues are just as prevalent — if not worse — than Westerners.

There is an emerging number of studies on pain and management among the Australian aborigines. A team of researchers, led by Dr. Ivan Lin from Curtin University, Western Australia, interviewed 32 Aboriginal men and women (males, 21; females 11) from three different remote towns in the dry bush of the outback. These towns, which were under the pseudonyms “Regiontown,” “Goldstone,” and “Desertedge,” do not have convenient access to medical care. (8)

Interview with Dr. Ivan Lin on back pain among Indigenous Australians

They found three themes that impact chronic low back pain among the interviewees: effect on everyday tasks and chores, participation on cultural activities, and emotional consequences. Women tend to discuss chronic low back pain in relation to domestic chores, while men tend to discuss it in relation to paid work. The latter do not talk about pain and domestic work because the role falls into the “traditional role of women.” (8)

Some men do not talk about back pain or any kind of pain because of racism in workplace. One man said, “I don’t like sayin’ it because you’re Aboriginal or somethin’ because they think it’s, it just sayin’ it because you want a certificate or something so you don’t want to work or some bloody thing…that’s not th’ case. I’ll be working from home no matter what but I’m not going to keep going if it’s going to kill me or cripple me.” (8) Lin et al. stated, “Issues of racism, in these cases as they related to the working environment, are a further consideration for treatment, follow-up, and recovery.” (8)

Nearly half of the people interviewed also expressed anger and resentment because the pain impairs what they want to do. Some expressed their anger outwardly:

“…like the boys try and help me and then I just get aggressive (because of the pain) and …so they take off and I’m here left alone swearing and throwing things around.” (8)

“I got a f***** back. Some people understand and some people don’t. The ones that don’t, you just want to punch them in the head. They just want to be smart arses.” (8)

Some expressed their anger toward themselves:

“Oh, I used to (get angry). I used to get frustrated. Yeah I used to take it out on myself. Give myself murder all the time.” (8)

Like depression and negative ideas about pain, such anger can exacerbate the condition, causing a merry-go-round effect between emotion and pain. This study is one of a few emerging studies that challenge the idea that cultural beliefs and lifestyle protects Indigenous Aboriginals from chronic low back pain.

In another study by Lin et al., disabling chronic low back paincan also stem from negative beliefs based on iatrogenic factors, such as how physicians and therapists explain pain based on a scan or X-ray. “They gave me an X-ray of the lower back, and um… it’s all worn down,” one participate said. In fact, a majority of those who were highly disabled held a belief that their body was broken down or worn out. (10)

A majority of the interviewees felt that their spinal “abnormalities” were the cause of their pain and disability when, in fact, current scientific evidence do not support the causation. (13, 14) The authors wrote:
​
The results of spinal radiological imaging were central to what participants believed was the cause of their pain. For several men who were moderately or highly disabled, these explanations, based on radiological imaging findings, adversely affected their emotional well-being:

At first I felt a bit weird with them telling me I had arthritis and that. I thought it was a bit of a joke. Then they showed me the X-rays and that and MRI, CAT scan, whatever it was, it was a bit depressing and a bit shocking being young and finding out you’ve got arthritis. It wasn’t too good. (R13)

R5: On the lower part I’ve got no natural gel so it’s bone crunchin’ on bone…and I’ve got no coccyx bone too. Hmm….that was after my last MRI.

IBL: Okay. How does that make you feel with your back?

The Fear of Talking About Pain

The misconception that indigenous people do not have much back pain may also stem from a lack of reporting and data from these populations. Oftentimes, it is because of being mistreated in the healthcare system due to racism, miscommunication between cultures, and lack of understanding of the applying the biopsychosocial model of pain among many clinicians. A study led by Dr. Jenny Strong from The University of Queensland in Australia found that many Indigenous Australians are reluctance to report pain. Some do not want to be a burden to their family and community, thus, they do not seek medical help or even talk about it to their family and friends. (10)

Comments from the interviewees include:

“With physical pain we learn to [expletive] well live with it and just take some Panadol.”

“Sometimes the physical pain turns out to be, I don’t know, too much of a burden, tryin’ to get it fixed, you know, that in the end you know you’re emotionally drained….Put your chin up and just put on a brave face, like it never happened.”

Some report that physicians sometimes do not listen to them. One 70-year-old woman said, “ Yeah, I think we’re quiet about pain ’cause no one listens to us anyway. They haven’t been listening to use people for a long time.”

Some avoid healthcare because of mistrust of healthcare professionals and do not want to attract the attention of the “Whitefella.” (10)

Because of the differences the beliefs of health between modern healthcare and the Aboriginals, some interviewees find speaking with their physician or therapist difficult. “[I] tried to but they sort of went around things the wrong way though. Instead of talking to me in this sort of common language, they spoke in their language which left me far behind,” one man explained. (9)

Back Pain Knows No Boundaries or Race

More research in the past 18 years found that low back pain is quite common among various indigenous cultures around the world with prevalence similar or exceed Western nations. ​Like the Indigenous Australians, some people of the Canadian and American First Nations do not like to talk about pain or have mistrust of healthcare professionals because they do not listen. (11)

Most clinicians lack the cultural understanding of various First Nation beliefs on pain and health values, which makes communication, treatment, and management teeth-gritting. Yet First Nations people have a higher prevalence of low back pain than the general population (35% vs. 26.4%) and higher recurrent of headaches and neck pain than Whites (20.7% vs. 15.3%). (11)

Some First Nations people do not talk about pain because talking about it “makes it real,” according to some Ojibwe women. (17) Researchers call this “blocking,” which is described as “closing down of discourse and thought.” Perhaps this is a way to manage pain on their own without outside interventions. (17)

One hundred of these villagers had functional disability due to low back pain . The high prevalence of low back pain was mainly due to rigorous daily activities, such as carrying water on their back, carrying babies and children, and harvesting. (12)

Likewise, indigenous populations among various tribes in eastern Venezuela and the Maya-Yucateco people in Mexico also found significant prevalence of low back pain as well as other musculoskeletal pain and disorders. (7, 15)

As long as we’re homo sapiens, we will likely experience some degree of back pain in our lifetime. ​Given our understanding and progression of the biopsychosocial model of pain, clinicians should not just focus on the structure of the body alone to make their decisions and explain pain. Given the direction the evidence is pointing, it is likely that LBP among indigenous populations is just as common as Westerners.

​We may have different lifestyles, but our social structures, culture, and even history can shape the way we experience pain. It’s not just about posture anymore. Look at the bigger picture.

Related: Does Narrative Medicine Have a Place in Massage Therapy? 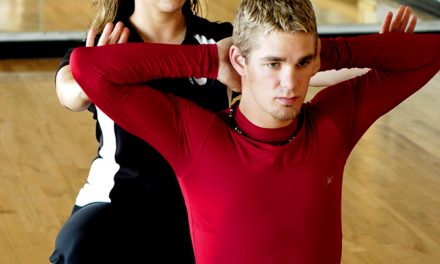 Is Passive Stretching Worth Your Time? 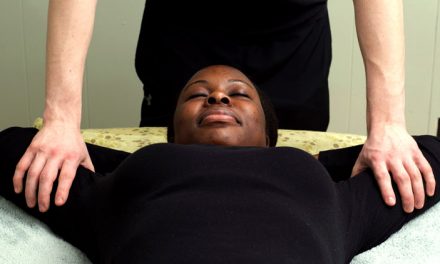 Types of Stretching, Update for 2020 What Is Active Stretching and Its Benefits? 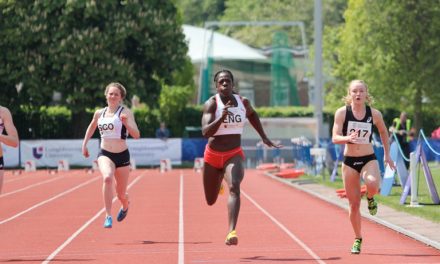